Moreover, Samsung ranks high on the list for customer satisfaction. From design to performance, this award-winning company goes beyond expectations. It doesn’t matter if you’re looking for electronics or appliances. You’re sure to find a Samsung product that fits your budget and complements your lifestyle.

Aside from leading the world in smartphone production, Samsung generates billions of dollars in the sale of consumer electronics. A look back through Samsung’s history shows how its founder, Lee Byung-Chull, planted the seeds for the company’s success and how his son Lee Kun-Hee turned obstacles into opportunities to make Samsung the global leader it is today.

In Korean, Samsung means ‘three stars.’ The tri-star symbol also represents something “big and powerful.” Lee Byung-Chull, the brand’s founder, chose the name to depict his vision for the future. He believed his company would “last as long as the stars in the sky.” Earlier logos included three stars. As the company evolved, so did the color and design of the logo. Following is a timeline showing how the Samsung brand became a household name and grew into an industry leader in appliances and electronics.

Lee Byung-Chull founded Samsung in 1938. What began as a grocery trading store has grown into one of the most recognizable names in technology. Byung-Chull began his venture in Daegu, South Korea. Besides trading noodles, fish, fruits, and vegetables with the locals, he also exported goods to China. Twenty years later, Byung-Chull expanded the business to include wool textiles to help his country redevelop itself after the Korean war.

By the 1960s, Samsung’s portfolio included banks, insurance firms, cement companies, an oil refinery, a nylon business, and a department store. To prepare for the company’s growth, Samsung split the company into subsidiaries. With a 50% stake in a Korean semiconductor company, Samsung invested heavily in the electronics market, and by 1969, Samsung Electronics was born. And by 1972, the brand had produced its first black and white TV. In the mid-1970s, the company started mass-producing color TVs, kitchen refrigerators, washing machines, air conditioners, and desk calculators.

When Lee Byung-Chull died in 1987, Samsung split the company into five divisions. His son Lee Kun-Hee was named chairperson of the electronics division. Lee Kun-Hee believed the company was too comfortable in its position as a leader in Korea and demanded executives and employees look for ways to establish Samsung as a global leader. He told them to “Change everything except your wife and children.” To fulfill his vision of a more open, flexible, and innovative environment, he called on employees to speak up when they saw mistakes and encouraged women to use their talents as executives.

Over the years, the company would continue to push the envelope with technological advancements. Lee Kun-Hee passed away in 2020, and his son Lee Jae-yong was named heir apparent. However, due to his legal battles, the board adopted a new management style. Currently, Samsung has three CEOs leading the electronics division. And although there have been many ups and downs, Samsung continues to follow the founder’s lead: Make sure the company lasts as long as the stars in the sky.

To mark its new journey as a global leader, the brand ditched the old three-star logo and established a new brand identity in 1993. The new logo featured an oval blue background, representing the galaxy, with the brand’s name in white letters.

In 1995, Lee Kun-Hee learned that cell phones that he had given as New Year’s gifts were defective. Fed up with the poor quality of merchandise coming out of his factories, he ordered the destruction of $50 million worth of phones, TVs, fax machines, and other hardware. Over 2,000 employees wearing Quality First headbands gathered in the Gumi factory yard. As products hit the concrete pavement, Lee Kun-Hee and his board smashed them with hammers. Then, they lit the remnants on fire. Afterward, Lee Kun-Hee told his employees, “If you continue to make poor-quality products like these, I’ll come back and do the same thing.” This event marked the beginning of Samsung’s Design Revolution, which eventually led to a number of firsts. But more than innovation, Samsung created high-quality products.

Samsung launched its mobile communications division in 1983. Three years later, the company released its first mobile car phone, the SC-100. However, the phone had poor reception issues, forcing Samsung to go back to the drawing board. What they came up with next was the SH-100, which was a handheld mobile phone. Because of the issues with the SC-100, consumers were leery of investing money in the SH-100. Still, the company continued to manufacture mobile phones, introducing a new model every year. It wasn’t until Samsung debuted the E1110 in 2009 that the company was able to cement its position in the mobile phone industry. By 2012, the company had sold 150 million units. Thanks to its Galaxy S series, Samsung now dominates the smartphone market.

During the digital age, Samsung introduced the world to the first CDMA network, digital TV, watch phone, and MP3 phone. Samsung changed the game in 2011 when it introduced the Galaxy smartphone and became the world’s largest smartphone provider.

Samsung continues to position itself as a global brand with innovations like the S9 Ultra HD TV, which provides exceptional clarity; the Smart TV Evolution Kit, which allows users to upgrade hardware and software features; and an Android 4G, Wi-Fi-enabled digital camera. Other creations include the Galaxy Z series folding phone and bespoke appliances for the kitchen and laundry room.

With headquarters in Suwon-si, South Korea, Samsung employs nearly 300,000 employees in 79 countries. Twenty-five percent of the staff works in research and development from 33 centers around the world, where they are encouraged to use their creativity to develop future technology in areas like AI, robotics, and 5G/6G. Ninety percent of the company’s products are manufactured inside Samsung factories, where they go through rigorous testing to ensure each component meets Samsung’s high standards. In 2020 and 2021, Forbes listed Samsung as No. 1 among the World’s Best Employers in manufacturing.

In the 1980s, Samsung designated two centers for research and development. Currently, Samsung has over 5,000 patents. The company also has held the No. 1 position in smartphone sales, selling over 40 million units in 2013. Moreover, Samsung has been a leading manufacturer of TVs for seven years, selling about 100 TVs per minute. Samsung also leads the industry in manufacturing semiconductors for PCs, servers, and mobile applications. Products include DRAM, SRAM, NAND flash memory, and SSD.

Since 2013, Samsung has designed products with energy-saving features. Examples include phone-dimming screens and cold-water washing machines. The company has also received recognition from the Dow Jones Sustainability Index and ENERGY STAR.

Moreover, Samsung has invested nearly five billion dollars in green initiatives. From 2009 to 2013, the company reduced 85 million tons of greenhouse gases from manufacturing. Plus, greenhouse emissions have decreased by 40%.

Buying a refrigerator is a big decision. And just because JD Power ranked the Samsung French door refrigerator four-door models and Samsung refrigerator side-by-side models No. 1 in customer satisfaction doesn’t mean that you won’t have a problem down the road. However, knowing your purchase comes backed by a warranty should give you peace of mind. The coverage may differ per model, and some exclusion may apply. Generally, there’s a 10-year warranty on the parts for the compressor and a 5-year labor warranty on digital inverter compressors. Customers also enjoy five-year parts and labor on sealed systems. All Ice Max icemakers come with a two-year warranty. Also, all models, including the Samsung four-door refrigerator, come with a one-year warranty for parts and labor.

Upon receipt of the merchandise, you should use Samsung’s website portal to register the product. During the warranty period, customers can count on Samsung to provide email or phone support. The support staff stands ready to answer questions and resolve issues. In the event a customer requires repair services or replacement parts, a representative will review the claim. If approved, Samsung will make arrangements for replacement parts, a return, or repair. In some cases, customers may be required to present the original receipt. Samsung also offers an extended warranty that customers can purchase before the manufacturer’s warranty expires.

If you’re searching for information about refrigerators, Refrigerator HQ can help. Not only do we provide in-depth reviews, but also buying guides and information on where to find the best deals.

If you’re looking for a refrigerator but feel overwhelmed by the choices, we can help you narrow down your options. Here, we point out the key features of the most favored models. Options include Samsung French-door refrigerators and Samsung side-by-side refrigerators.

Here, you can check out the comparisons of popular Samsung refrigerators, including the Samsung French door refrigerator counter-depth model. This way, you can see which features are most appealing to your lifestyle.

Where to Buy Samsung Refrigerators

You can purchase Samsung refrigerators from the company’s online website or at any major appliance retailer.

Besides Samsung refrigerators, we can help you find deals on other appliances. If you’re searching for the best deals, click on one of the links below.

We’ve provided you with a lot of information on Samsung refrigerators. Nevertheless, you may be interested in options from other brands. If you want to learn more about similar refrigerators, consider the following brands.

Samsung’s customer service department is available to assist customers 24 hours a day. If you have a question about any of Samsung’s products, you can chat with a representative or send an email via the support portal on the company’s website. 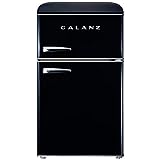 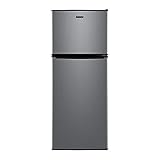 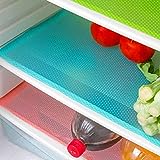 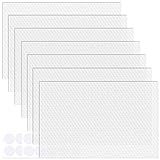 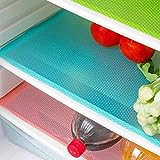 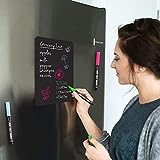 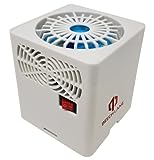 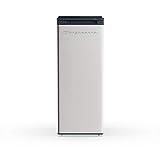 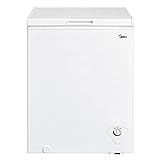 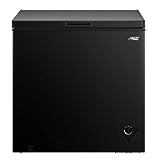 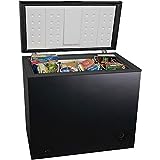 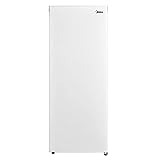 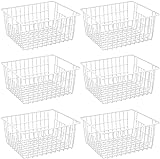 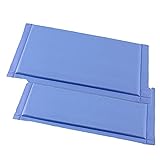 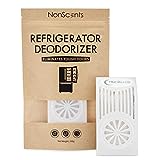